September 30, 2018
Last Friday night I attended a street meeting with residents in Fullarton with regard to the high-rise developments on Fullarton Road.
David Pisoni and Michael Hewitson were also there.

In introducing himself, Michael Hewitson made this statement ...
“In a month I will be either Mayor of Unley or a feather duster.”
A rather weird public statement.
I immediately had imagery of me dusting the Mayor’s Parlour and using a locally sourced feather duster. #buylocal

Puns aside, there is nothing fuzzy or feathery about me.

If I am unsuccessful in my campaign to become Mayor, I will dedicate more time to community and charity activities and my involvement as a volunteer; and gardening and a spot of fishing.

When it comes to voting, make the best choice,
Vote 1 BOB SCHNELL #Mayor4Unley
Vote for a common sense candidate.
Don’t vote for a Feather Duster! 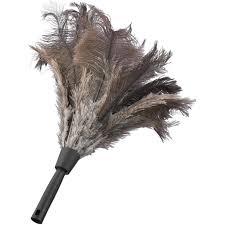