April 26, 2018
Pedestrians have a priority over cyclists and motorists; in most cases.
On a shared pedestrian/cycle path, the cyclist must look out for and give way to pedestrians, especially at crossovers eg. at tram stops. It is rare to see a cyclist slow down and give way to and care about a pedestrian. Usually the bike just barrels through.
It's damn annoying, damn rude and just irresponsible.
Yes, there are some responsible cyclists, but most are in a world of their own; with a sole intent of getting there as quickly as possible.

Unley Council has trialed the installation of signs 'painted' on the shared paths asking cyclists to slow down. The bikes just burn rubber as they fly over the top. It was a wasted experiment.

#Unley Councillor Don Palmer has taken the bicycle handle-bars and given them a good a shake in his recent blog about lack of courtesy on the road. I agree with his observations and comments.
Have a read what Don said 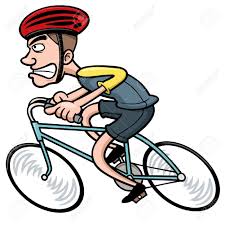