February 28, 2018
Last night I attended the Unley FOCUS meeting.
I was accompanied by Unley Councillors Peter Hughes and Rufus Salaman.
All (but one) of the candidates for the SA seat of Unley were there to give a talk and respond to questions.
I scored the candidates and rated their worth to represent us in Unley.
The candidates ranged from good to bad to absolutely woeful.
One was just so bad; with totally outrageous comments; a racist pun didn't go down well.
It was a good evening to assess the candidates.
It's a pity that the average voter won't get to see their party's candidate in the candid light that we experienced.
Three of the candidates did a bit of Council bashing; two quite heavily. They obviously had no idea of where State Government funding (and involvement) ended and Council involvement started; all rather sad.
Councillor Salaman asked a couple of heated questions of one of the candidates.
I asked the last question of the night viz. "Will you run a tram through Unley? If so, where will it go? Down Unley Road or Goodwood Road?"
The response from all candidates (Liberal, Labor, SA Best, Greens and Dignity Party) was NO tram through Unley.
I took that answer with a grain of salt. The political reality is that if their party decides on a tram then there will be a tram. The future MP for Unley probably will have little say on such a matter.

Did I decide on who I would vote for in Unley? Yes!
Will I share that with you? No. 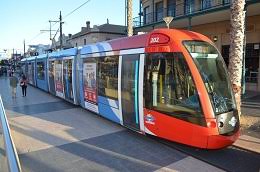