October 01, 2017
Football is a funny game, as they say.
A team is on top and playing well one week and then fails to perform a week later.

The Crows went down today, big time, against the Tigers.
They started as favourites and lost the AFL Grand Final.
They started well in the first quarter, but then went down hill.
Commentators continually said that they were spooked and gave away so many frees. Yes they did, but why weren't the Tigers equally spooked.
Both teams were new to a Grand Final.
Maybe the Tigers had better prepared mentally.
On the day, the Tigers were the better team. A much better team.
They played a fast and disciplined team game.
The Crows just lost their mojo; and looked spooked, mentally shattered.
Given what I saw, I wouldn't be surprised to see the Tigers (Richmond) return next year for a gig at the AFL Grand Final.
As a Crows supporter I was devastated.
It wasn't just the team not winning; they let us down.
It's probably time for a change of management and and coaching staff at the Crows.
The performance today was totally unacceptable.
The Crows, quite simply, weren't up to the task.
We were hoodwinked into thinking that they could go to Victoria and bring home glory.
We were all basking in anticipated victory.
It's time for some serious changes; especially in match preparation and mental coaching. 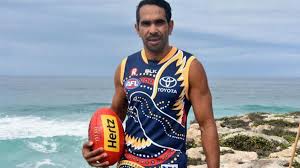