September 28, 2016
Koalas are cute and cuddly love a cuddle.
Actually, they will tolerate a cuddle, but they do dislike people.
However, in times of stress like fire, floods and heatwave they tolerate being helped; especially getting a drink from bowl or a water bottle; they will sit next to you, clasp the bottle and take a drink.
They are one of the few Australian native animals that can't be domesticated. After being rescued and cared for, even for months, when released back into the bush they take off up a tree and don't look back.

During tough times, we need to rescue them and look after them until it is time to release them. It's important to know just what to do.

An organisation called Fauna Rescue Team (telephone 08-72260017) has released a document on what to do; and what not to do. The document is called Koala Important Summer Survival (KISS).
There are several important KISS tips:
Water. Definitely Yes, they do need a drink; preferably from a shallow tray.
Swimming Pools. They can’t swim, so put a secure rope or ladder to help them climb out if they fall in.
Dogs. They are a real problem for koalas, so keep an eye on your pet. If they barking then investigate the cause. There may be a koala in the backyard.
Where: They live in the bush and also in the suburbs. 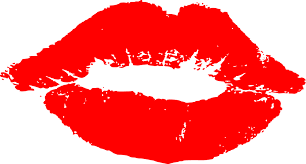