July 07, 2016
A dog's breakfast is the best description for the outcome of our voting at the Federal election.
My reflections are:

The seats won/lost are up and down on a daily basis.
At one stage it looked like Labor might just win; certainly with the help of a handful of independents. Now it looks like the Coalition might just get there; but they will need a few independents to make life comfortable.
It's not an outcome that we wanted when we voted.
Wouldn't it be ideal if the best of Labor, the best of Liberal, the best of the Nationals and a handful of independents banded together to form a government that truly represented Australia? It would, but the obstacle of politics would get in the way.
Whoever gets up, it will be difficult to implement many of their election campaign promises; especially the Liberal promises. A lot of big ideas will be watered down; and then watered down further by a diverse Senate.
The new government will just wander along winding paths, achieving little of substance over the next 3 years. An early election would be a frightening prospect; especially for the Liberals.
As I write, caretaker PM Malcolm Turnbull is flying to North Queensland to chat with Bob Katter; such is the desperation of politics. Then again, Bob Katter's initiative of ethanol production in Queensland makes sense.
We should have a result by the end of this week and then perhaps a 'final' government with independents in 1-3 weeks.

My final observations:
It was interesting to watch Bill Shorten and Malcolm Turnbull in the days after election night and compare them with themselves pre-election. During the campaign Bill Shorten simply didn't look like PM material; he needed to age a bit, get more mature and perhaps be replaced. Amazingly, after the election he transformed into PM material. His tour of the country to thank people was a brilliant tactic and he performed well. Malcolm Turnbull couldn't do the tour and thank people; what for, to thank the people for their lousy vote? Turnbull looked absolutely shell shocked; a shell of his pre-election self.
Independents will be needed to at least add a comfort zone for a government. Given their track record, I have doubt about the capability of the Liberals to competently negotiate with the independents; Bob Katter may become the Minister for Ethanol 🤔
I feel that Labor would do a more competent job of such negotiations; but it now seems unlikely that they will get to form government.

A very final thought:
I forecast that there will not be a plebiscite for gay marriage. The vote will now be taken in Parliament.

Disclaimer: I am not a member of any political party. 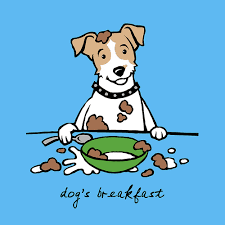