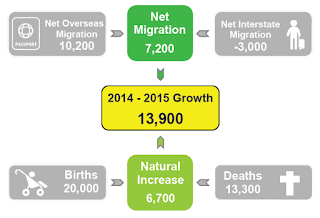 I'm not in a hurry to see higher figures of growth.
SA is somewhat unique due to its smallness compared with the other States.