August 07, 2015
The other day I joined a table of other people for a meeting. I sat next to a woman I knew. We have often passed idle chatter and shared experiences. But, something was wrong and I wished that I had sat elsewhere.

The perfume she was wearing was strong and just didn’t suit her; it wasn’t her. In fact, the scent was too old for her. Thinking about it, I would not have found it pleasant on an older woman.

I remember some years back at work, in separate incidents, I passed some honest comments to a couple of women about the colour of their tops. I’m into giving honest feedback; and sometimes it is unsolicited. Years later, and only recently, I was surprised to learn through a friend that those two women to whom I had provided feedback had never worn those tops again. One gave hers to the Salvos, the other handed it down to her sister. I sorta felt bad about it, but it quickly became a passing thought. Friends should be able to pass on honest feedback.

So, back to the woman sitting next to me. I felt uncomfortable throughout the meeting. I pondered if I should tell her that her perfume was making her unappealing. She would want to know, wouldn’t she? How would she take it? What would I do if someone told me that my after-shave did nothing for me? I’d probably be distraught; she probably would be too.

I thought again about those women who wouldn’t wear their tops again. That was a good outcome; wasn’t it? It didn’t suit them and they culled it from their wardrobe.
If I told her then she might stop using it and surely that would be a good outcome; for her and those in her social life. It was a tough call. I decided to bite the bullet, but instead bit my tongue and said nothing. I decided to deal with it at a later date, perhaps with a bit more diplomacy; and I believe I have a scheme that will work. 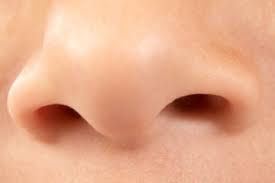