Be wary, very wary, of winning or receiving anything free. Without due care, you could become the loser. An acquaintance got sucked in and paid dearly.

I am posting a copy of a warning from a consumer protection group called Scamwatch.

Scamwatch is warning consumers to beware of fake lotteries or competitions on social networking platforms, with scammers using popular platforms to pedal these empty wins.

Scammers have been sending messages through social media platforms advising recipients that they have won a lottery, draw or competition. They will often pretend that they are affiliated with the social networking platform or another reputable company to make it seem legitimate. The scammer will then request personal information to confirm your identity as the winner and then claim that, in order to receive the ‘win’, you first need to transfer them money for taxes, fees or other reasons.

Recently scammers have added a couple of new tactics to try and trick people into thinking they’re winners. Scammers are using accounts they have hacked to make the ruse seem legitimate to their family and friends - it looks like the message is coming from a profile they know and trust. The scammer will claim that the hacked victim has won a prize or money and that the recipient has been lucky enough to win as well simply by being their friend. They will then provide instructions on how to claim the win, usually beginning with moving the conversation away from the hacked account to another one controlled by the scammer. The scam will then continue as normal, requesting personal information and money.

Alternatively, scammers will send out a short message congratulating recipients that they are a lucky winner of a lottery or competition, with a link to claim their prize. If you click on this link, your social networking profile and your device’s security may be compromised by malware that could lead to scammers hacking your account or stealing your personal information.

If you receive a message on a social networking platform claiming that you have won a lottery or competition, ignore it – don’t respond, report it to the platform, and warn your friends and family. In these lotteries or competitions, the only winner is the scammer.

How these scams work
Protect yourself
Report
You can report scams to the ACCC via the SCAMwatch report a scam page or by calling 1300 795 995.
Report scam posts to the social networking platform that it appeared on, and help to spread the word by alerting family and friends.
Read more
For more information, check out Scamwatch’s Unexpected prize and lottery scams section. 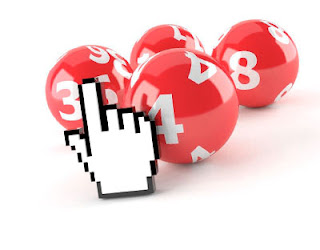