July 09, 2015
Last weekend I had a quickly scheduled road trip to Penola; down the SE in Coonawarra country. Timing could not have been better. July madness had struck Penola and the wineries in Coonawarra. There were huge discounts to be found at most shops in town and the wineries also had special deals.
As luck would have it, there was a Pop Up wine event in Penola on Friday, early in the evening. A side street was closed for the event. It was chilly, very chilly; beanies were essential and gas fires helped to beat the cold. There were large umbrellas, but fortunately no rain; a perfect, but cold night.
At the Pop Up there were several wineries showcasing their wines; the wineries take it in turn and are rostered on these regular events.
This was where I met Jack; or at least, Jack’s wines.
Jack Estate winery had several wines for tasting; all wines at the Pop Up were $5 per glass; very reasonable.
From memory the wines at the Pop Up were:


I spent the evening sipping on the Cabernet Sauvignon. Excellent!

I had not been to the Coonawarra for some years and it was amazing to see a few new names of wineries along the terra rossa strip. I’d never heard of Jack Estate, but after tasting their wines I now sing their praise; loudly.
The next morning, on the way out of town I stopped in at Jack’s to collect the 2013 Cabernet Sauvignon that I had ordered the previous night at the Pop Up.
I discovered the 2 premium (and somewhat more expensive) wines:


I fell in love with the Mythology Cabernet Sauvignon; absolutely fantastic.
It was a perfect reflection of what is perceived as stunning Coonawarra Cabernet Sauvignon. It was just perfect. When I got back home (in Adelaide) I regretted not buying a few bottles and arranged an online purchase; with a bonus free delivery. 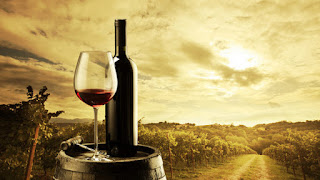