October 26, 2014
Went to the Rolling Stones concert - Adelaide 14.
Fantastic.
A full house @ Adelaide Oval.
I was surprised by the huge talented backing contingent on stage; vocals and instruments. At times the backing became the feature.
The Stones may be ageing, but with the strong backing support they've got a few more years to go. Plenty more satisfaction to give.
The city was alive.
You had to be there.
Resisted buying a $50 t-shirt.
50% of patrons were baby boomers (and older). They didn't need their hearing aids to enjoy the music. Most had bladder problems and had to stumble along the aisle to get out. Or they were going to get another beer.
My only gripe was how long it took to buy drinks. Queues were 10m long and it took 20 minutes to be served. The staff simply weren't up to it. They were very much casual staff on the night. Adelaide Oval needs to get professional bar staff for major events or provide training. I went back for a second gin and tonic and gave up and settled for a coffee. Quick service - hey, who buys a coffee at a Stones concert?
An easy ride home on a very crowded tram.
Trams were running every few minutes.
A very jovial crowd on board.
The baby boomers were headed home for a cup of cocoa and then off to bed.

Adelaide Oval has now been officially opened by the Stones.
Mick Jagger did comment that there had been plenty of time for the concrete to cure.
He also thanked us for waiting. 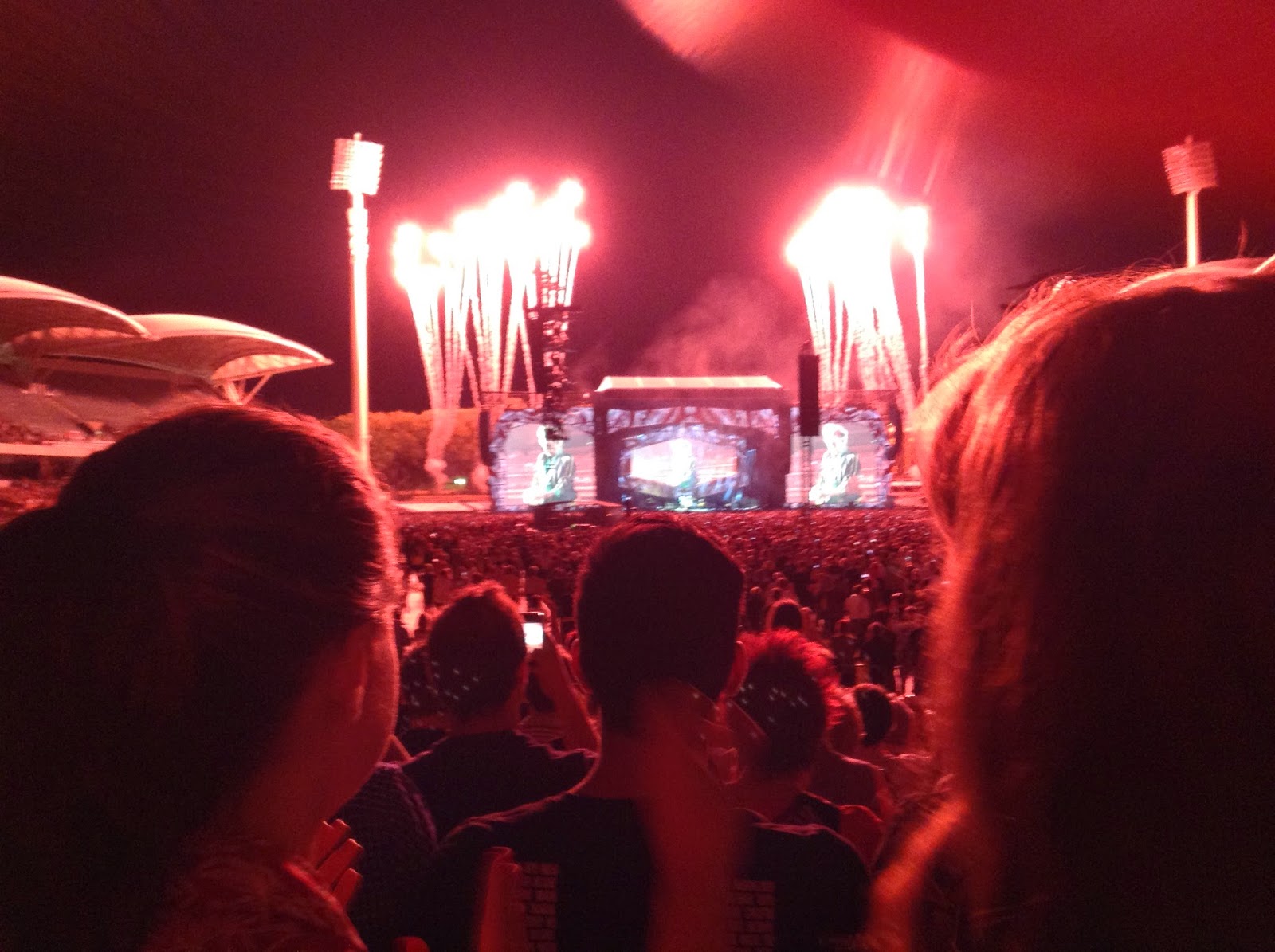