Need to get more bums on seats

It tells us what we probably already knew ie. very few people use public transport ~ 10% (nationally).
To quote ...
"The researchers say they found that “more than half of Australians (54 per cent) state that the reason that they don’t use public transport is that there is no service or none at the right time for them".

The implication is that given a higher level of service, over half of workers who currently drive would use trains, buses and trams instead. Add that to those who already use public transport and potentially nearly two thirds of the workforce could commute by transit."

I say that ...
The Local Government Association, all the Councils and the State and Federal Governments need to make an effort, whatever it takes, to provide reliable transport services that people will use and have bums on seats. This needs to be a priority for all spheres of government. Development and growth will be restricted if there isn't an adequate  public transport system in place. The best laid plans to grow the state simply won't happen.
Examples of excellence in serving the locals are:


Councils should probably concentrate on cycle paths, but they need to identify local areas for improving public transport and work with and lobby the State Government. 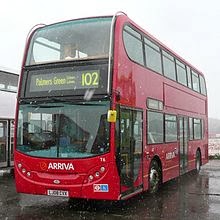