March 23, 2020
Unley Council will tonight approve a high rise aged care facility in Everard Park. This is despite spending ~ $20,000 on public consultation and then ignoring the wishes of the local residents. People are asking ‘why did they ask us when they are now ignoring us’. At a committee meeting on 16 March 2020, there was a lacklustre debate on the matter. The motion to approve was moved by Cr Don Palmer and seconded by Cr Jennie Boisvert. The 2 councillors for the Goodwood area (Emma Wright and Nicole Sheehan) voted for the high rise. The Mayor Michael Hewitson voted for the high rise. He liked the idea that there would be a few trees. He also praised the work of Council to get the matter resolved. And then he blamed the Planning Minister (in advance) if there there is any height increase. A couple of other councillors spoke. The sad thing is that much of the debate mentioned councillors’ nanas (grandmas) and elderly relatives who had spent time in aged care facilities and high rise was not a pro…
Post a Comment
Read more

March 16, 2020
Tonight is decision day at Unley Council for the mega high rise aged care facility in Everard Park. Whispers from some councillors is that there will probably be approval for an upper limit of 4 storey instead of 5 storey. The only commonsense decision would be a limit of 3 storey on Norman Terrace and 1 storey on Fourth and Ross Streets ✅ But will there be a commonsense decision? I suspect not! ❌ Tonight’s decision who help me determine who to vote for at the next election ✅ That’s how it works. The sad thing is that this huge development would not be allowed in central Unley or further east. But in the west it’s ok to muck up the area. Maybe I will be pleasantly surprised by the decision, but the whispers are strong. I really doubt that #Unley Council will do what the local residents have said in their feedback. The Council can not go against the wishes of the residents. 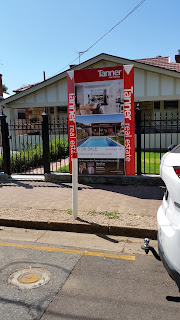 Unley Council has lost its way and understanding of the community in supporting a 5 storey development of Life Care aged facility on Norman Terrace, Everard Park. Mayor Michael Hewitson should not have supported this proposal to go ahead.
It should have been reduced to 3 storey before going out for public consultation.
Within days of the recent public meeting (attended by 100 residents) one family in Ross Street has put their home up for sale. They moved into a quiet street and don’t want to be confronted with a 2 storey building across the road, rising to 5 storey on Norman Terrace.
Word on the street (and from a couple of councillors) is that #Unley will vote for the 5 storey on Norman, tapering down to 2 storey on Fourth and Ross. The only acceptable proposal is 3 storey on Norman and 1 storey on Fourth and Ross Street ✅ Will Unley Council truly listen to the locals and enact their wishes? I bet you a Bob that they don’t.
It’s a bit of an irony that at the same time Unley is urging us…
Post a Comment
Read more

February 09, 2020
Looks like there will be another Tour Down Start and Street Party on King William Road, Unley in January 2021. Trust me it will happen. And it will cost us hard hit ratepayers at least another 0.5% rate rise. Another rise well above CPI ❌
At the Unley Council meeting on 28 Jan 2020, the following motion was passed ... That: 1. The report be received. 2. An Expression of Interest for the City of Unley to be considered as an Official Host Council for the 2021 Tour Down Under Stage Start be lodged with Events SA.
All Councillors voted for it ❌ Essentially it was a vote to jack up the rates.
We in the community should have been consulted before committing to a probable rate rise. The mayor Michael Hewitson should have stomped on this. But no, it’s party time again and up go the rates. Totally inappropriate given the huge rate rise last year.
The Council will argue that it is only an expression of interest and not a firm commitment. Nonsense. This happens every year. Trust me, Events SA will award a Sta…
Post a Comment
Read more

February 07, 2020
Premier Marshall must act now to end the destabilising saga of MP Sam Duluk. It’s unlikely that Mr Duluk will be re-elected at the next election. He needs to be encouraged to resign for the good of the party and the Parliament. Suggestions that he be moved sideways to sit as an Independent are stupid. He has blown any future career in politics. I urge Premier Marshall to act now. He should no longer stand behind his errant Liberal MP.
Post a Comment
Read more

The last Gourmet Gala in Unley 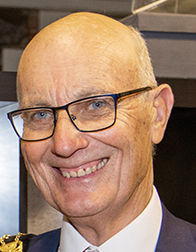 Another great TDU in SA.
And a reasonable crowd at the street party on King William Road, Unley.
That party cost Unley Council $275,000 (or 0.5+% of the last rate rise for Unley residents).
A great party, but at a huge cost to the rate payers.
Soon we will hear from Council that the event brought in excess of $1million in revenue to the local businesses.
After 20 years of funding by Council, maybe it's time for the local businesses to contribute more to fund the event.
I feel that the street party has run its race and Unley Council should save money and perhaps fund a few smaller and more community themed events in our larger parks.
Its time to change!
Unley should give it up and let the event go to Kangaroo Island in 2021. 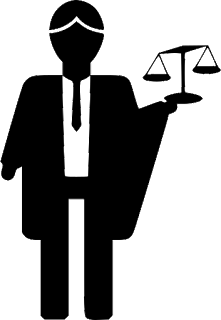 I'm just staggered by how long it takes for the legal system and bureaucracy to act.

There’s a nasty red coloured leaflet being circulated in Unley. It contains blatant lies and is whipping up hysteria about an 11 storey development to be built ‘next door to you’. It’s very amateurish and has a ‘how to vote’ showing a preference for Michael Hewitson. The gossip on the street is about who actually funded it. To me, it’s clear who funded it.
Yesterday, whilst at the local pub, I was told that this matter was being investigated. It seems that someone must have reported the concern of false information being circulated during the local government election in #Unley (14 months ago). My source at the bar was unknown to me, but seemed to be quite knowledgeable about the matter.
If this is true, it is just staggering how long it has taken to launch an investigation. To be fair, there might have been a bit of a backlog of complaints.