November 08, 2018
The campaigning for the Unley Council election is over.
I've walked the length and breadth (and all the streets) of Unley many times.
I averaged 10-15km per day.
I lost 5kg and tightened my leg and stomach muscles; and I had to put another hole in my belt.
Pants falling down wasn't a good look on the campaign trail

I met some great people and had many interesting chats.
I even came home with some plant cuttings; a perennial Greek Basil (now growing well) and a lovely pink Frangipani. The Frangipani stalk will lie on the ground for 2-3 months before I plant it.
It was an interesting campaign.
I ran a robust and honest campaign. Mine was the only campaign for Mayor that was environmentally friendly with no glossy coloured flyers and no nasty plastic corflute posters up poles that visually polluted the streets of Unley.
It was frustrating to learn that a lot of election material stuffed in letterboxes was not read; and not just mine.
It was difficult at times; dealing with deceit and dishonesty, political interference, having my Facebook account hacked, being attacked online by nasty trolls, having online romantic invitations (probably as a consequence of being hacked) etc.

People ask 'how are you feeling? are you confident?'
All I can say is that we (all candidates) are in our own bubble and have no sense of what reality will be at the election count this weekend.
So yes, I am confident; but so too are the other candidates.

I'm philosophical about the outcome; whatever the result.
I may become Mayor of Unley or I may have a bit of spare time on my hands.
After a day of joy or disappointment, I will adapt to the change.

In my campaign material I said 'I will not be a Facebook and social media Mayor - I want to interact with you in person'.
I will honour that statement ✅
Besides, maintaining Facebook with a public profile is time consuming.
So, soon my Facebook Page will no longer be public. Facebook will just be for friends.
And, my blog will focus on personal stuff like recipes and the size of my tomatoes and other garden pursuits. 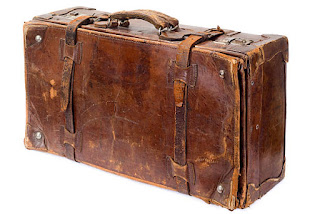