One of the mayoral candidates, Michael Hewitson, commended my stance on plastic straws. Recently he has become an anti-plastic convert at Council. Yet, he is putting up 100s of plastic corflute posters on stobie poles across the suburbs. Google research reveals that these corflutes will not be recycled and will go to landfill. So, I find it interesting that the Hewitson anti-plastic rhetoric does not match what he is doing by consuming so much plastic to display his face on stobie poles. His corflutes will take ~500 years to break-down.

In contrast, I am maintaining my pledge to not use plastic corflutes.
They are ugly and generate visual pollution.
People are smart enough to know who to vote for. A thinking person won’t be influenced by seeing 100s of corflute posters.
That’s my opinion.
Vote for the common sense candidate.
Vote 1 BOB SCHNELL #Mayor4Unley
Don’t waste your vote!

Here’s a link to the research on recycling plastic corflutes. 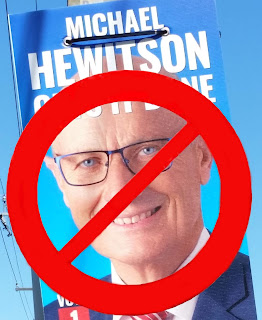