January 30, 2017
I have been approached by the public seeking clarity about Item 731 in the Minutes of the Unley Council meeting held on 23 January 2017. The item is titled 'Breach of Conduct for Council Member'.

After an internal investigation, when the email trail came to light, Council was obliged to self-report the incident to the Office of Public Integrity. The matter was deemed a potential issue of misconduct in public administration within the meaning of the ICAC Act, and it was referred by the Independent Commissioner Against Corruption to the Ombudsman.

The Ombudsman investigated and determined that Cr Hewitson had failed to comply with Part 3 of the Code and in doing so he committed misconduct in public office within meaning of section 5(3)(b) of the ICAC Act.

The Ombudsman recommended that:
At the Council Meeting on 23 January 2017, Council formally reprimanded Cr Michael Hewitson and he made a brief apology.

Links to the Council Agenda and Minutes are below:
Agenda
Minutes 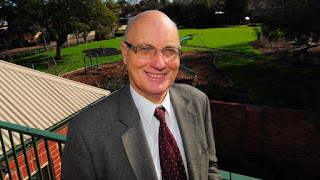