July 04, 2016
They are still talking about running the new tram line down Goodwood Road, rather than along Unley Road.
It simply won't fit.
It would be an obstacle for cars and severely reduce the volume of traffic, especially during peak hour. From my perspective that would be great; reduced commuter traffic in the Goodwood shopping zone. Much of the traffic would be diverted to King William Road and Unley Road; good for Goodwood 😀
It would be a real engineering feat to get the tram down through the underpass with poles inserted into the crumbling walls of the underpass.
Ugly poles from the CBD to Mitcham.

The real reason for the Government's probable decision to go with Goodwood Road is  a recommendation from the Urban Development Institute of Australia state director Pat Gerace who said in The Advertiser that the benefits were overwhelming. He said that Goodwood Road had huge capacity for high rise apartments and commercial developments, whereas Unley Road was already built up.
He calls it uplift.

So the bottom line is not just light rail, but the high rise development along the rail corridor.

I still maintain that a bus service that runs on time and frequently (in priority bus lanes) is the best way to go. It's significantly cheaper and creates bus building jobs in SA. Trams are imported from Germany. 🎯 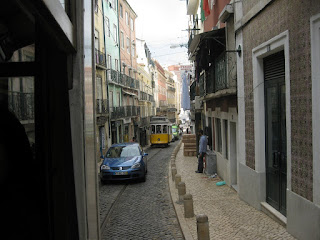