August 08, 2014
The Adelaide Zoo is suffering from a heated social media war that has erupted over the Zoo’s decision to switch ice cream brands – from palm oil free SA company Golden North to Streets which uses palm oil in its products.
Golden North made the decision back in 2009 to stop using using palm oil.
It seems that the Zoo simply made a commercial decision and went with a cheaper deal with foreign owned Streets. This is despite the Zoo stating in the past that it would not sell any products made from palm oil. At the time, the Zoo also stated that unless immediate action is taken Sumatran Orangutans could be extinct in the wild within 10 years as the production of palm oil increases to meet consumer demand.

It’s very sad that the Zoo has made this decision.
That decision, which encourages production of palm oil will result in more forests being felled, more Orangutans dying and being killed, more Orangutan orphans and a faster path to their extinction in the wild … the irony being that there will be greater responsibility for zoos to maintain breeding stocks. This will be totally useless because there will be no wilds left.

For more detail, here is a link to a media report. Click here

Visit the Golden North website and read about their commitment to being palm oil free. 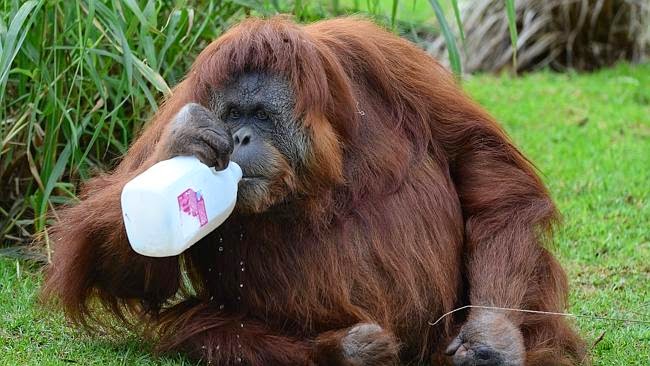